Are you looking for a way to make your own potting soil mix for succulents?  This video explains some of the essential ingredients for succulent soil and how to mix together.

Hey guys!  I was just mixing up some potting soil for a few plants that I need to pot and thought I should do a really quick video on soil and particularly soil for succulents and different amendments you can use and why you might use them. So here we go.  I have my camera pointing this way so that you can see a little bit better.

The first one is probably one that most of you know and that would be perlite and this is a volcanic glass.  I was getting to the bottom of my bag so this is pretty fine.  It should be, you know, more chunky stuff.   But when you see the chunky stuff in potting soil that’s really lightweight and looks kind of like a rock but a little bit more like popcorn that would be perlite.  And it is a volcanic glass that they heat up to really high temperatures and pop and it becomes this lovely puffy stuff that helps promote drainage and aeration in the soil.  I used to use this a lot more than I do now.  Now I still use it if I’m trying to fill up a bigger pot.  I’ll use some in the bottom but mostly what I use for the same type things is pumice.

I heard about pumice and heard about pumice; “Oh what’s all the hype you know –  whatever”.  Won’t perlite work just fine, and it will in some ways.  However when you water perlite floats to the top of your pot, and that gets really annoying especially if they’re really small pots.  It just, it just gets really bad.  So if you use pumice that doesn’t happen.  It stays where it’s supposed to and you don’t get that problem.  Also it has a lot of really good minerals in it – I mean it seems to – I mean they love it.  They seriously love it and I use more pumice than I do potting soil in my ratio by quite a bit and it is just fabulous.  I cannot recommend getting pumice enough if you love succulents.

Okay then we move on to vermiculite which at a distance kind of looks like sand – honestly – and it’s this kind of fine – I don’t know – it almost feels like really chipped up wood bark.  It’s really lightweight and it helps your soil be aerated.  It also helps moisture control a little bit some – sorry against this I got this sunspot here and I’m not paying attention.  Vermiculite is a mineral kind of like a mica.  It looks kind of like a mica and they also heat it and pop it.  The good thing about vermiculite is that it is sterile.

So when you’re starting seeds this is a great thing to start little succulent seeds in.  And if your potting things like lithops that really don’t like organic matter very much because they can have issues, that’s when I use a little bit of vermiculite because I don’t like all rocks and sand and stuff like that.  I want some potting medium type stuff for the area that I live in but this works great and I use this in every time I mix up a batch of potting soil for my succulents.  I use this no matter what they are.

All right then, I didn’t some get some of these out.  These are more top dressings.  You can use pebbles.  You can use moss or  desert sand, and a lot of people suggest using although I personally don’t like it or suggest it.  I feel like it traps moisture into the soil.  It kind of – yeah that’s exactly what it does in my opinion. It just kind of traps moisture in which if you’re in a really hot dry place that’s a great thing.

For me, I’m here in Idaho.  It is not a good thing and especially trapping that moisture right at the base of the plant where they can rot is really not a good idea here.  But if you live in a really dry hot environment using sand to top your soil or your cactuses or succulents with can be a good idea.

Then the last thing here is I have three different types of potting soil just to show you.  The first one this one here is a Miracle Grow potting soil and it is just mostly kind of a peat looking stuff.  It’s got some bark in it.    It’s got some perlite in it. This one is just a no-name; you know,  not name-brand regular potting soil.  Again this one has a little bit more ground-up bark looking and less peat looking which generally succulents can like and a little bit more perlite.  And finally this is a off-brand – the sun is killing me here – this is an off-brand cactus and succulent soil which is a different color as you can see but it has a little bit I believe it has vermiculite in it.  It has some sand and a lot more bark so this one is a bit more well draining.

But, my point is there isn’t a whole lot of difference between the three of these and so buying you know which is regular this is regular Miracle Grow potting soil versus you know a succulent soil there really isn’t that much damage other than my succulent soil is a lot older than this.  So this has some moisture in the bag so it’s a darker color but either any of these are really not enough drainage for most a lot of the desert succulents.  They just aren’t.

Now, if you have tropical succulents a lot of them could be happy in one of these although it’s still not ideal.  So this is why I always mix my own potting soil because even the succulent soil I have planted things in this and all of the bark they don’t like it.   At least mine don’t at least here in Idaho.  A lot of people have very very strong opinions about what you should and shouldn’t use and that it’s an exact formula and this is what works for succulents and I strongly disagree because depending on where you live.

If your environment is always changing and using the potting soil that people say is their best native potting soil that that’s going to be the best for them period I disagree.  Because unless you’re reproducing the environment that they were raised in or that they’re native to – sorry – it’s really um kind of a moot point.  Your soil needs are going to change when your environment changes.  Yes, that soil is what they are in their native environment with their native growing conditions, but this is some of my soil that I have mixed up already.

So this is a mixture of potting mix, perlite, vermiculite, and a lot of pumice.  I also add in soil amendments but this video is getting long and so I’m going to make another one talking about some goodies that I add in whenever I mix up potting soil just standard.  But you can see this is really – okay I’m going to move the camera here.  All right, you can see this is really gritty and has a lot of drainage. If I was planting tropical cactuses I would use a bit more organic matter, but this is kind of my standard mix for most of my babies and they are very happy.  And they generally love it.

But again, this is here in Idaho.  In Idaho we have a fair amount of humidity and if you live somewhere that’s really dry you could get away with a less gritty mixture for sure. But especially for the winter time I would rather have to water more in the summer and then not have them rot in the winter than risk them rotting in the winter.  And this particular blend of grit seems to work really well.  I don’t ever exactly measure my stuff.  I always mix it up based on feel.

But just to give you an idea it’s about six parts of potting soil to ten parts of pumice to six parts of vermiculite to about five parts of perlite is what I do for this mix here.  If that helps you at all, so I just you know get me myself a little pot and use as a scoop and measure that and just count, you know.

Anyways, this video has gone on way longer than I wanted it to.  But I hope that is helpful for some of you wondering what different soil amendments are and what they look like.  I’m sorry I didn’t get to go into as much detail as I always like to but I get wordy real fast.  So anyways hope you guys are having a great week and happy growing right.

Our Summary:  Now you know some ways to blend a soil mix for succulents and cactus.  Mixing your own cactus and succulent soil does involve the time searching for and purchasing the ingredients.  After purchasing all the ingredients you may find it was actually more expensive than just purchasing succulent soil that is already premixed.  A great organic brand is Dr. Earth succulent soil.  The Dr. Earth Exotic Cactus & Succulent Soil is used by many experienced gardeners with great success.

For quite awhile we have recommended Dr. Earth organics for both succulent soil and fertilizer.  These quality products are used by experienced gardeners everywhere because they work!  If you don’t want the time, expense and trouble of making your own succulent soil compost we recommend using the Dr. Earth potting soil. This video is an…

For best results use a light sensor for measuring houseplant light levels. It is easy to guess incorrectly when it comes to the amount and intensity of light that a houseplant is receiving. Many plants will do just fine with a wide variety of light levels. Other plants are more particular and require not too…

This plant air purifier pot comparison chart is comparing the Airy Natural Air Purifier, Andrea Plant Purifier and the Plant Air Purifier. Each of these indoor air cleansing systems has some pros and cons that should be considered before any purchase. Below we have provided links to separate full review articles on each purifying pot…

Every variety of plant prefers different light conditions. Using a light meter for houseplants and also in the garden will help you create the ideal growing environment. All houseplant enthusiasts know the benefits of a light meter for plants. The lighting is crucial for low light plants as well as those that need a lot… 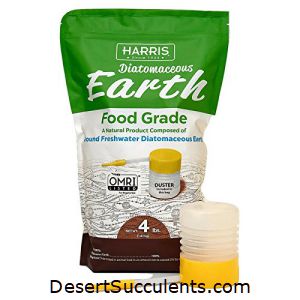