[Enjoy this video how to grow a new Dracaena plant from a cutting.  You can propagate Dracaena Lind, Dracaena Compacta and a ‘Corn Plant’ Dracaena Fragrans all in a similar way.]

Grow Dracaenas from a Cutting

[Applause] [Music] Hi and welcome to Swedish Plant Guys. We’ve had a viewer question. We’ve had a viewer that has looked at our video called all you need to know about Dracaenas and he had an additional question that we didn’t talk about in that video and that was how do I take a cutting of a Dracaena? So I thought I would show you how you do that.

And first of all I’m going to show you on this dracaena here. We have taken care of this Dracaena for about six years and we need to cut it every once in a while to make it a nice thick shrub like plant or otherwise it’s just going to grow and grow and grow and grow up and maybe even fall down or get injured.

So I’m going to show you first of all what we usually do when we are out at the customer and have to cut this down because we not only cut it and throw away the cutting – we use it. So I’m going to show you now what we do and this Dracaena is called Dracaena Janet Lind this one is called that and it’s very very easy to care for Dracaena maybe even the easiest one. And if you do like I do now you have a 9 out of 10 chance that it will get roots and start to grow again. So I’m going to show you. You just take a sharp scissors like this and you can cut the stem anywhere you want to but you cut it in between two leaves.

So I think I’ll take it right here. Now first of all you have a wound here on the stem that is still on the Dracaena. You don’t have to do anything about that. Some plants need you to maybe take some soil and cover up the wound or there are products that you can use some type of gel to put on it. When it comes to your Dracaena’s you don’t have to do that just let it be and it’s going to start a new stem here in between the steady old stem and the leaf and if you’re lucky you will get maybe two or three new stems from that wound. But if it’s wintertime really, really dark, maybe you will only get one new stem.

Now the cutting, what we do is that you pull off almost all of the leaves. Now you’re only going to leave maybe four five six leaves on top so you get a very distinctive clear stem like this. Now you could take this and just put it down into the soil or in this case pumice. If you don’t know what pumice is we have a video about that so check that out because it’s four times better than soil so check that out if you want to know what it is. I could just put it down into the pumice like this, however, you have a straight cut here which means what that when I put it down in the soil or in the pumice some of the soil or pumice is going to get into the stem and that will block there the small tubes that transports the water into the plant.

So an easy way to get around that is to make a cut that is uneven like this. So you make a small sharp edge and when you cut it when you put it down into the pumice. Now it’s going to slide down easier so you just really like this like that and then you take some water and water around the stem. No matter if it’s soil or if it’s not I promise now eight to nine times out of ten this is going to get new roots and start to grow in this pot.

Propagate a Dracaena Compacta from a Cutting

Now the viewer who asked us about this has a particular type of their Dracaena  that is called the Dracaena Compacta. Now that is one of the Dracaenas that are a little bit harder and a little bit more picky. So this may not work for the Dracaena Compacta. So what you do instead is that when you’ve cut it off you take away the leaves just the same but you make a new cut that is straight and then you put it in some water instead and you leave it like this and it can take maybe one or two months before you see a result but the result will be that the stem that is under water is going to get some new roots and when those roots have come out five to ten centimeters then it’s time to put it into soil or pumice.

So you just plant it like a normal plant but it needs to have quite a lot of roots before you do that, otherwise there is a chance that it’s going to die during the process. So let it be here and exchange the water as often as you can. If you can do it every day then do that, but whenever you see the plant you and get reminded oh I have to change the water please do it okay?

So that is how you take a cutting from a Dracaena. Now if you have any questions or something that you want us to make a video about please don’t hesitate to make a comment and don’t forget to subscribe to our channel. Until next time, Idor.

[So now you know how to grow Dracaenas from cuttings the easy way.] 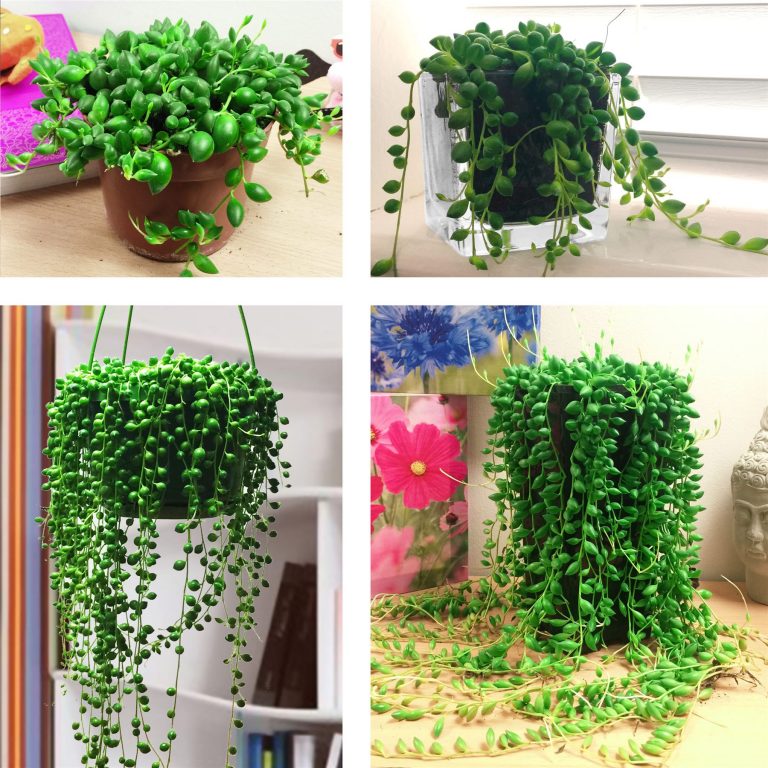 The first thing you need to know about the string of pearls plant is that it has some care requirements and is not just a casual plant you can throw in the garden and forget about. It’s going to require maintenance work if you want to keep it healthy. If you live in an area…

Our homes and offices are filled with noxious polluted air.  The solution is succulent houseplants for clean air. Some specific succulents and other houseplants have been proven to very efficiently clean the indoor air of toxins. In this video Oklahoma Gardening host Kim Toscano explains how house plants, including succulents, can contribute to a much… 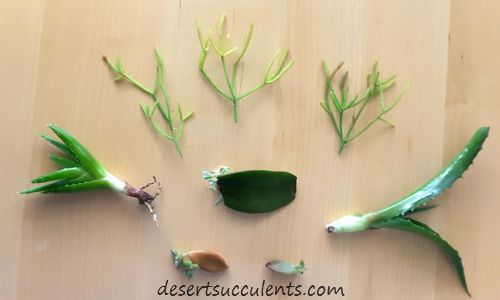 Propagating succulents may be one of the most enjoyable types of gardening.   Why? It’s easy It’s inexpensive Can be done inside or out Good results are almost guaranteed! Here are three simple methods on how to propagate succulents. Most common – succulent cuttings Most reliable – pups Easiest – planting succulent leaves Most Common –… 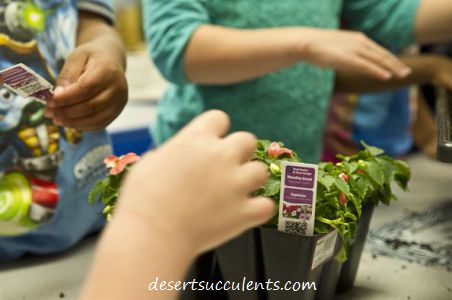 Gardening with children is educational and is also a wonderful hobby to enjoy together. Whether you are 6 or 60 gardening is a great way to connect and appreciate the natural world around us. A two-inch pot in your home or office, or a gargantuan succulent garden on your patio, will provide the same enjoyment… 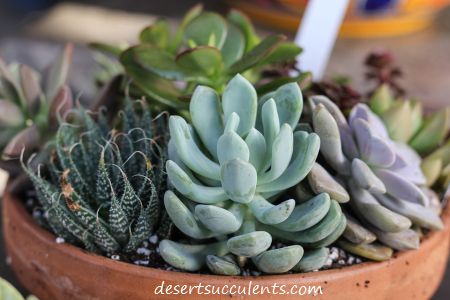 Please do not be embarrassed or ashamed if you need to ask the question; “What is a succulent?”  The truth is it is not an easy question to answer since even experts and scholars will give you different definitions about how to identify succulents. What is a Succulent? The actual word “succulent” is from the latin…