[Transcription] What’s up garden friends?  Jeff here tropical plant party.  How is everybody doing?  Hope you’re doing well I know I am.  Now today, pardon my hands been doing yard work so they’re dirty, today I’m going to be repotting these Senecio rowleyanus, Senecio rowleyanus, I cannot say that.  I’m going to be repotting the String of Pearls [String of Beads] I pulled out of that clam shell in that video from it should be last week and putting them up here into this hanging basket.

Temperature for String of Beads

Yeah, Senecio’s being a succulent don’t necessarily need the cold dry spell at least this particular variety doesn’t need the cold dry spell that your typical cactus does during the winter time so they’re gonna be watered a little bit more.  They can’t go below freezing.  I would really prefer to keep them above 45 degrees actually but if temperatures aren’t warm and their soils too wet and you’re going to run the risk of them rotting.  So, this mix I’m using here is just it’s a Miracle Grow cactus mix.  That’s not my favorite cactus mix out there but it’s really all I could come by and I’ve added some horticultural sand to it.

Soil for String of Beads

The thing to be aware with sand is that it does retain moisture so it really would probably be ideal to go ahead and get some more perlite with this but everywhere I go they’re sold out.  So I’m gonna just go ahead and use this for now in the springtime I’m gonna be pulling these out and putting them probably back into that clamshell so I don’t really care I’m just gonna make sure to watch it carefully as I water and I’ll talk about that after I’m done potting it up.

So, in here and this taco shell looking thing oh I should make a succulent taco that’s neither here nor there this is just a coco liner I just kind of toss these them to keep the dirt off of my patio.  But these are the divisions, the pieces I took out from the clam shell and they’re gonna be pieces that break off.  It’s okay these propagate very easily again I’ll be talking about that once I’m done planting these up.

So I’m gonna go ahead and get a little bit more soil in here and get these guys potted up.  Okay I know this might seem like a lot of dirt I’m gonna be kind of pulling things apart and moving things I’m gonna I’m gonna make it fit I’m going to make it fit trying to work on my grammar here since I’m doing these videos.

This guy right here I’m just gonna shift it over I’m actually just laying this right on top of the soil.  I don’t want the actual plants these modified leaves these are what store the water I don’t want them to be get buried.  So, they need to be a fairly high I’m going to make sure there’s no air pockets underneath.  There we go and that one’s done that’s done quick and easy not much to it.

I’m gonna go ahead and put the hanger back in here.  This is the pot that the pansies came in from that video and I did rinse it out and clean it beforehand just to be safe.  I guess I can take this off cuz these are not pansies.  You may notice that there’s a whole bunch of open space here in the middle.  Well we’re going to be filling that in.  These String of Pearls [String of Beads] propagate so easily they will put out little roots all along here.

And this particular piece is a little bit desiccated so I’m actually just going to kind of tuck that one in a little bit.  Let me find one that’s more freshly pulled off of the plant.  Here’s a piece what I’m going to do is I’m just going to go ahead and pop these little modified leaves off probably shouldn’t throw them directly in there.

I’m gonna take off probably anywhere from four to six of them I want to make sure that there’s a good enough piece of stem to use and then I’m just taking that that piece and putting it down to the soil.  And I’m not using a piece that’s too terribly long because this string has to be able to be fed from what the lack of root that the reason is they’re so not going to use too much there.  Then another nice thing about these guys is to fill the pot in a little bit I can take any pieces, so it looks like they maybe don’t want to be growing out of the pot, like right here I’ll just take these some right here.

You basically just drape them across the soil you want to make sure that there’s some contact in there but all of those little pieces will root and form new plants so will hopefully come springtime what I want to divide this up and use it in my planters again be more plants to pull and divide.

How Much Light for String of Beads?

As far as care goes for this guy I’m gonna go ahead and give it bright light but not direct Sun.  Sometimes people can keep these in direct Sun and they do okay.  For me however they tend to kind of cook and the little leaflets the pearls the beads desiccate.  So I went to a filtered light position kind of similar to like a highlight orchid.

And the String of Pearls [String of Beads] do like some water.  They don’t like to be saturated pretty much any succulent and cacti doesn’t want to be soaking wet sitting in water.  But it does need to be watered more frequently than a lot of my other succulents.  So I will probably water this I don’t know maybe every week and a half probably about twice a month depending on the temperatures.  If it’s really cool this is going to be in my grow space I probably won’t water it very often at all maybe once a month if it’s really cool.  And cool and dry is always better than cool and wet.  It’s pretty much a solid thing for almost all plants there are some exceptions of course but if you’re working with things indoor in a cool spot indoor that doesn’t get a ton of light cool and dry usually the way to go.  To cool though because these guys really don’t like to go below 40 to 45 degrees I’m gonna try and make sure it stays around 60.

And like I said not saturated.  When temperatures are warmer I will be fertilizing this with tomato fertilizer which works pretty darn well.  So I’ll probably add a little bit of tomato fertilizer in here for this later.  There is just a teeny tiny just a smidge of a form of bio tone fertilizer in this potting mix not very much but it sort of helps add some minerals to the soil helps encourage new root growth.  But with cactus you have to be careful with that.

That should be fine with these particular plants unfortunately a storm took out my plant hooks on my house so for the time being I’m just hanging it here from this interesting light but these will just keep on continuing to grow down very very long.  When they get too long you can just snap them off and put those pieces back up on the top the pot like I just showed you.

These really are not fussy plants so ultimately hopefully by next spring this will be even bigger that all this just kind of dependent on how much heat I have in my growth space.  And I should also mention with the watering I will be using soft water preferably rainwater or I will be using my aquaponics water where I have the pH adjusted low and I’ve soften the water some because my tap water is very very hard.  And cactus and succulents tend to not always do that well with hard water.

Okay that’s gonna do it just a quick overview of what I’ve been doing here with my Senecio rowleyanus.  Hope everybody’s doing well.  Don’t forget to Like comment subscribe share all that fun stuff it helps me a lot and I really enjoy talking to y’all.  You can follow me on snapchat at tropical plant party.  I’m gonna Instagram tropical plant party and on Twitter tropical plant JC.  You can find all that in my bio on my YouTube page and as always everybody I hope you’re doing well and keep on growing.  [End of transcription]

The String of Beads, also called String of Pearls, Senecio rowleyanus, is an easy to grow and maintain succulent that looks great in hanging baskets. 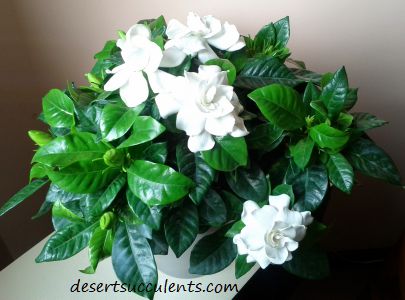 Everyone is aware of the significant negative effects that result from a lack of sleep. Poor sleep may often lead to health problems, lack of energy and lower productivity. There are a number of natural remedies for insomnia and also ways to improve the quality of your sleep. One little known suggestion is to use…

This is without a doubt the most delightful video for children. Not only is it entertaining, it is informative. The directions are very easy to follow. Children will enjoy watching this just for the sheer joy. I especially like that children of varying ages are also the teachers.  This video should inspire you to help…

In this video Bev and Rachel identify and show close ups of 9 specific succulent species. They also show numerous various types of succulents they do not actually identify as they pan the camera across many beautiful plants. They tell a few of the great features of each of the succulents and mention where you…

Our Introduction:  In this video watch how to make a succulent arrangement.  Watch as Laura uses a variety of cacti and succulents to make a cute and beautiful arrangement.  She shows how to place taller plants in the back and smaller ones in the front, so they can all be seen well.  You don’t have…

This video has some great tips to teach children succulent gardening. It is an interesting interview packed with helpful suggestions.  You will also have fun teaching children to grow succulents. How To Teach Children Succulent Gardening What a spectacular garden.  I love cacti and succulents and that is just over the top beautiful.  And Richard Blocker is going… 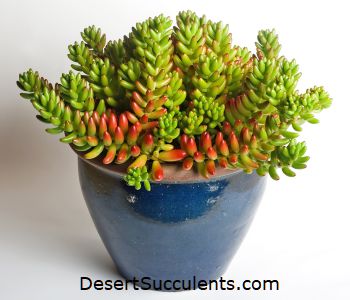 Live plants in an office setting undeniably enhance the atmosphere and provide a natural,   pleasing environment.  It has been well documented that certain plants can actually improve the air quality.  The best office plants are healthy, appropriate for the space, and easy to maintain.  No one wants to be the culprit who let the beautiful…